The Messed Up Origins of Hercules | Disney Explained - Jon Solo

CORRECTION: I said Hercules married Athena when he got to Mount Olympus. It was actually his half sister Hebe! So sorry for the confusion! Thanks for watching, SoloFam! Don't forget to hit that LIKE button, join the notification squad, and follow my social medias for all the contests! :)

I was about to say, because I was shocked for a second.

Jon Solo you don't have to worry honey. You're gonna be just fine on this rode of life. You are hilarious, articulate and have a way of making nonsense make hell'a sense.. Keep crushing it at life. You'll be just fine 💋

Was going to just explain Athena is a maiden goddess as long with Artemis and Hestia so they never married and explain he married Hebe goddess of youth. It happens I'm glad you correct yourself

What was that about him marrying Athena?

I didn't like the Disney version because they Christianized it by adding a gospel style music track - GOSPEL style MUSIC! - and made Hades an ugly Satan-esque villain when he wasn't that at all. And the Greek underworld isn't a Christian Hell. Hades was just the brother of Zeus and Poseidon (and should be as handsome as they) who got the largest realm of all - that of the dead - and who stayed monogamous to his wife, Persephone.

"On Hera's payroll" make it sound like she's some mafia boss or something.

Most of the problems Hercules had mostly been Heras fault. I mean she did control him to get him to kill his wife and two children.

But Hercules in this story was a cooler dude than he was in the version Overly Sarcastic Productions read from. Where as that version just straight kills his music teacher out of annoyance and was an all around douchbag. But in this version he does it all on accident and is ashamed of killing a slave on accident as well.

I got lost when he said the names

I know someone in the comments probably said this, but isn't Hercules bisexual? He haid like 4 boyfriends, at least from what I heard

@Druid Riley thanks for confirming

He was bisexual and he did have boyfriends.

Heracles actually had many male lovers as well, including his nephew Iolaus who helped him kill the Hydra.

the only reason i didnt like the Disney version is coz they made headed evil (he's not girl) and hear NICE AND NURTURING....Like sorry but shes a bish

the movie made hades so evil like he's not evil, he's just fair and strict. but what pissed me off is that they made Zeus and hera as some lovable parents when we all know they r just the total opposites

I just wanna know what happened to Meg, lol.

This is the first time I’m hearing about Hercules’s twin brother named Iphicles. I wonder why they don’t talk about him more.

The name Hercules is actually used, just only in Roman mythology.

"In the days of the ancient Greeks writing things down was rare". Dude, what are you talking about?

The moral is: if you live by morals of men, you become a slave.

*Hercules throwing his best friend over a city wall then mourning him* Me: SLAM DUNK MY G

"He chose the 2nd one because he is THE MAN!" LOL I'm dead laughing!

I think Barney himself asked Jon to compare him to Zeus

Late to the party, but in every myth I've read about his death and resurrection he married Hebe, the daughter of Zeus and Hera(his half sister) which kind of helped end Hera's hatred towards him, the only thing that has Heracles and Athena as a couple is a children's book that depicts Olympus as a school and the Gods, Goddesses, and other notable figures as students where Athena is the only one who is referred to as the daughter of Zeus.

so he goes on to marry the goddess of war and wisdom that just happened to make a vow of chastity... boss

He didn't. Jon made a mistake. He married Hebe, not Athena.

I think it should be more messed up. Not messed up enough.

We gonna talk about the uhhh thumbnail? No? Ok then

I heard that Zeus and Hera are brother and sister, but I'm not too sure how true that is

Somebody needs to beat heras ass.

Someone needs to beat her husband's ass for straying all the time and begetting all these illegitimate children to rub his cheating in her face.

Omg Hercules is my fav Disney film too

I already knew this because I watch summaries of myths and I haven’t watched the movie, but I still like this video tooooooooooooo.

It wasn't Phil who lit the Pyre it was Iolas.

The teacher herc killed was the brother of Orpheus. Like Orpheus from hades town the musical

god of war seems to have did their own version of the fit of rage w kratos , also making kratos Hercules' brother . good stuff .

Hercules is still one of my very favorite Disney films. And so is Mulan.

Dragon Ball is one of my very favorite anime. And so is Naruto Shippuden

Poor Hercules is being punished for Zeus's crime. Latter-day Saints believe that we are not punished for Adam and Eve's fall.

Only because Hera had already tried to punish Zeus and failed.

Hera is a mentally unstable and crazy Greek god. She takes things to personally

Your husband cheats on you and brings all his illegitimate children to the palace to rub it in your face. Yeah, I'd take that personally. How about you?

You can’t spell Hater without Hera.

Disney movies stories like this advocate rape, incest, and a laundry list of horrible things that children or adults shouldn't read or watch in a movie. We never concern ourselves with how many people watch these movies and read these books, and go out and do stuff to people in their families

How many kids were traumatized by Bambi's mother's death?

Does 2:16 reminds anyone of The karate kid.

I seen it before

Another correction: Heracles never married Athena, and Athena was never married; she's a virgin goddess. Heracles actually married Hebe, the goddess of youth. Still his half-sister but you know, gods will be gods.

@John Cena - yeah but people aren't reading it, hence all the more recent comments about it.

Phil Ingrouille he already addressed that in a pinned comment made two years ago.

I'm amazed at the fact that Athena tied the knot. More on that if you have it

I love Greek mythology and incest was a pretty common thing to the gods, but think of it like this Would you rather marry and make out with your sibling and have kids Or Go down to earth and make out with a woman you don't know and have a kid

I was just rewatching the old movie of Jason and the argonauts, the search for the golden fleece.

Excuse me, do you think you can do Norse Mythologies explanation like on Freya, the Goddess of Beauty or the origin story or creation of the world in Norse Myth.

Heracles(the version this is based on) was not born to Hera and Zeus, but Zeus and a mortal woman. That is why Hera hates him so much.

The Muses are the most sassiest Queens in Disney EVER !!!!!!! 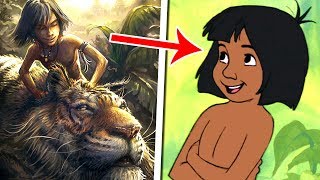 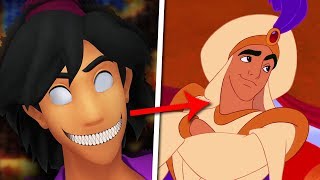 The Messed Up Origins of Aladdin | Disney Explained - Jon Solo 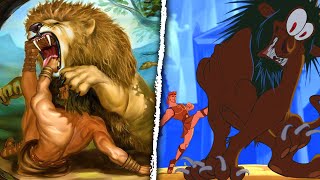 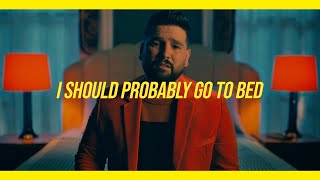 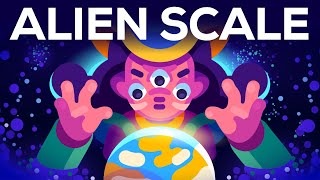 What Do Alien Civilizations Look Like? The Kardashev Scale 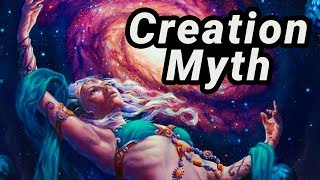 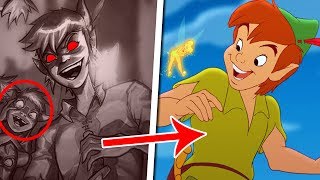 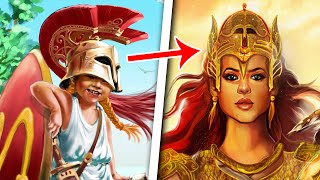 The Messed Up Origins of Athena | Mythology Explained - Jon Solo 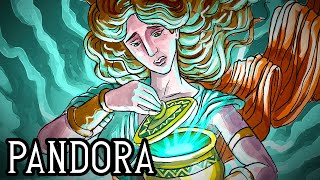 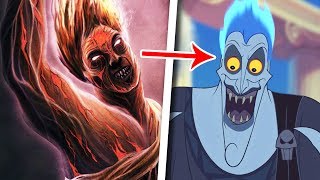 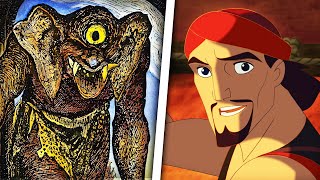 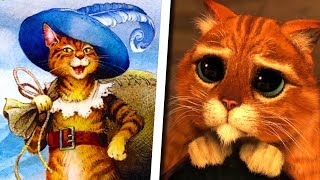 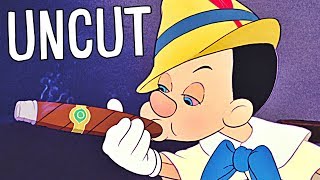 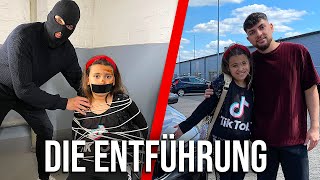 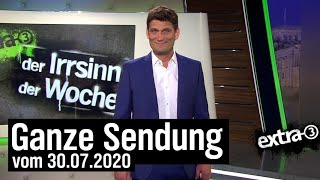 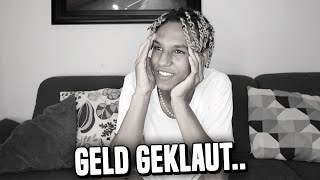 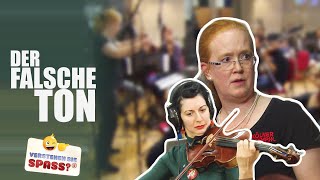 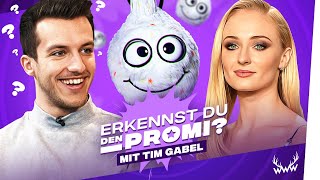 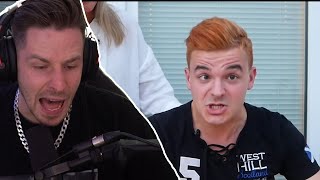 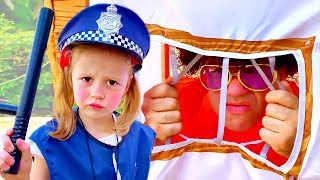 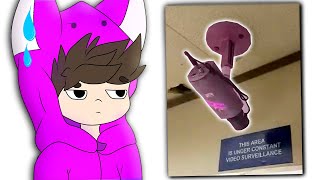