For the lightsaber I would’ve gone for a power and control design and a purple crystal Edit: I think I’m going on later this year! (But in LA Disneyland not Orlando Hollywood studios)

Did the falcon several times. Sometimes with empty seats in engineering. Same percentage with me doing the button pushing as an empty seat...made no difference in credit or percentage. Same seat by the way. Right engineer. Would be better if it actually was going to affect the ride.

Seems like they went to diagon alley a few times to get the feel down.

Does anyone know how would I be able to bring the lightsaber home on a plane? Is it detachable?

You just happened to get into the ride with a group of attractive women? You dog, you.

I saw you in epcot

Anybody saying this place was a failure is completely misinformed. Its PACKED and EVERYBODY is there to buy mindless shit. There is no way Disney hasn't made that $4 billion back in corny t shirts alone

Ace The Ninja of Balance

I’m so happy this place is tanking

Those fans are FANtastic

Hey Tim - what camera did you use in Savi's and on Smuggler's Run? The low light shots looked fantastic!

Thank you Tim. So excited to experience this.

So cool!! I can't wait to see the Disney World Galaxy's Edge!! Thanks for taking us along!! loved your Star Trek line "Engage" loved it!! What an amazing experience!

Yo Tim!!!! I just came back from disneyland all because of your awesome vids!!! Thanks homie!!!

I’m not a Star Wars fan in the slightest but I’m still happy watching this video! 😊

Yea we all care. Thanks for sharing your pointless bullshit.

Tim! If you go into the antiquities shop you can buy different colored crystals so you can change the color of the lightsaber

The Star Wars fandom is going to kill you. Who says Engage in a Star Wars ride? Lol 😂😂

I signed my son up to build a lightsaber , you made it look really cool and fun. He loves Star Wars can’t wait. Love the videos. Healthyfamfun is our channel

I just have to say thank you for this video because watching it made me want to play with the DataPad more. The next day while I was in Batuu I was asked to join a focus group about the DataPad and was given a $125 giftcard on my birthday. So, thank you for making the DataPad looks so fun!

Is the Falcon more interactive than Mission Space?

do you keep the light saver

Do you keep the lightsaber

It's killing me - the guy that plays Hondo Ohnaka also plays Chef Pisghetti from the curious george cartoons we all watched growing up XD I can't take him seriously...

Actually a parsec is a measure of distance, not time

TSA has approved it as a carry-on! So no worries there!

How do they do that with the lightsabers?!

If you look at the video at time 20:12 , you can see the Slinky Dog roller coaster in the background. :)

Just look how bad this place stinks the current wait time is 50 min for the only ride in the land. But flight of passage is 90 min which is a ride that is two years old. And the falcon ride has no fast passes unlike flight of passage. I Love Disney however they REALLY JACKED STAR WARS UP.

I cried when you built the lightsaber!

I hear this park is underwhelming, lack of crowd's and demand etc

How much is it to build in savi’s

How would you rate Millenium Falcon's intensity? I've been wondering because I usually hate simulators. I can barely do Soarin', and I don't do Mission Space, or Star Tours, or Flight of Passage, but this looks a little bit different than those, as in it doesn't look as bad. Where would you put it in least to most intense simulators at Disney? Because I remember you did the same thing when Slinky opened with the Coasters at Disney.

In my opinion, I think that it is easier than Soarin'. The main reason being that you have other things to keep you more occupied like flying and pressing buttons so your not just sitting there looking at a screen.

So are you allowed to build a lightsaber without purchasing it? Cause I want to experience building it, but I don't want to spend 200 bucks on it.

the lightsabre experience was so amazing. I got chills just watching it. It made my eyes tear up

Did anyone else get tingles when Tim described Rise of the Resistance eeeeeee!

Building the lightsaber is soooo amazeing. I cried. I hope and pray to do this one day. I'm a true star wars fan.

How much is the light saber? Sorry if he said it and I didn’t hear it.

americans make the beautiful soft elegant English accent sound so crass and hard and obnoxious. It is pronounced Dayta. not dah tah.

To bad galaxy's edge sucks! It has no nostalgic star wars at all. Just the new age bullshit. This park was a mistake and a complete joke. Nothing to do but walk around and take pictures and go on a ride that sucks because you can see out of the window.....

Rise of the resistance sounds amazing

Such an amazing ride with even more potential because of its use of screens. Cant wait for more mission.

I am not a Star Wars fan at all, have never seen the movies but when I saw a video of the full experience in Savi's workshop, I teared up. I am sure it is even more amazing in person, so I completely understand getting the chills even when you are not a huge fan.

One of my new favorite videos!! Thank you for showing my family and I what to expect when we come back in 2020!

The Quality on your video is incredible, the millennium Falcon footage is crystal clear, is the best I've seen, now I understand when people say the video doesn't make it justice, but yours does, thank you for sharing.

Tim, awesome video as always. The detail inside Batu looks amazing and I can't wait to see it in February with my family.

Pay a fortune to park... Just to play with your phone 🤦🏻‍♂️ ARE YOU KIDDING ME?!?

Hello!! I’m a Disneyland goer! Is the ride video given through photopass like seven dwarfs?? If so do you think they will implement that at Disneyland?

The fact that they got John Williams to make an all-new theme just for Galaxy's Edge makes the whole thing so much more amazing.

Hey Tim! How did you like those First Order crew members at Rise of the Resistance?! 😉

The Millennium Falcon does not have a laser mounted on the side of the damn cockpit!!!!!

The app is going to be a game change for the experiences at the parks. So looking forward to trying it out. 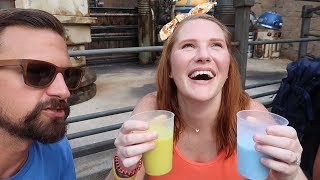 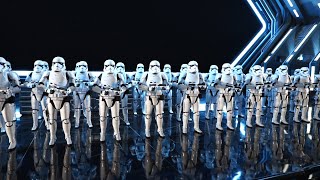 We Rode Rise Of The Resistance At Star Wars Galaxy's Edge In Disney's Hollywood Studios! 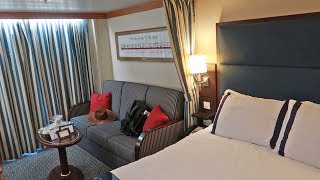 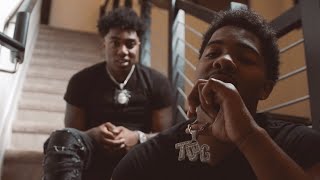 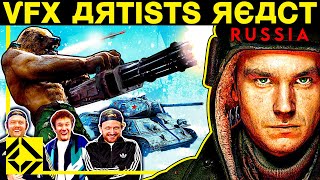 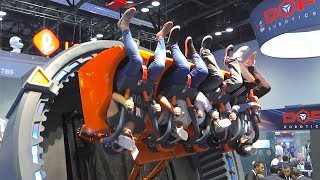 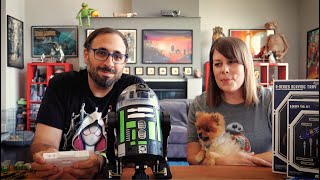 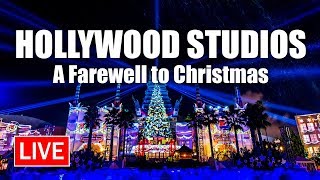 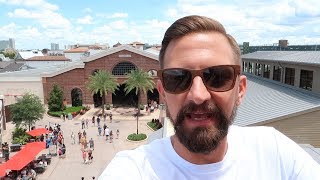 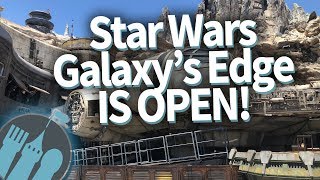 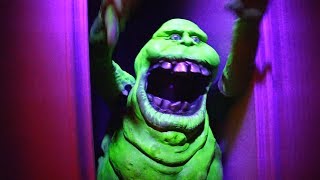 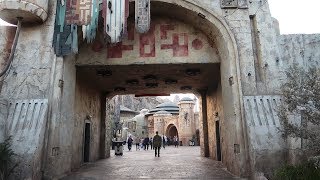 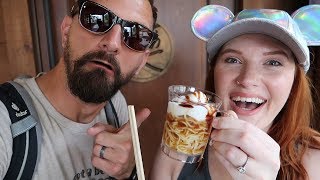 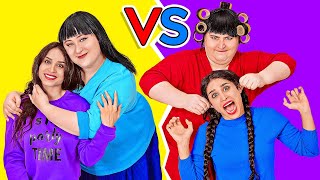 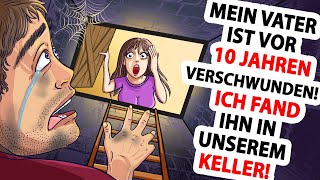 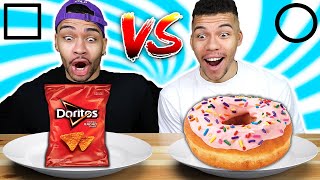 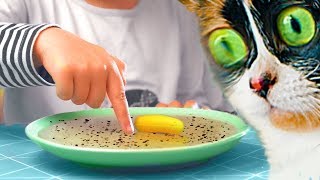 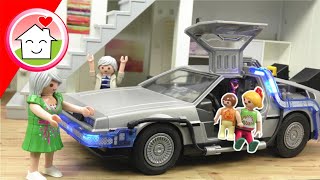 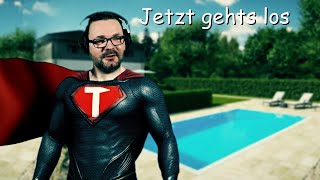 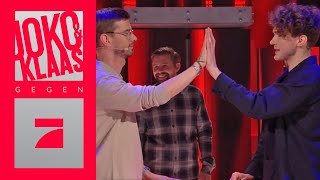 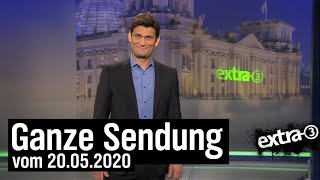 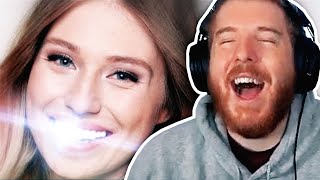