I was rooting for STMN, always been a Bobby fan. It would have been nice if they at least beat Z1 out of their grudge match.

@Cobra I can agree Tyrant and Zoulan together is a menace. My take is that Reply Totem and Tribe Gaming NA are the only teams which can beat Zeta

@Mr Bacun as I said earlier, they didn't get swept. Stamina was 2 supers away from set 5

@Cobra no, they are not lol, got shown up so hard at worlds after all the scrims of zeta losing

I get that Zeta won 2 world Finals and msi, but NA and EU could definitely beat them. They just need some player swaps and slightly better drafts. Zhar, Tyrant, Joker, and Maury are on the same level as Zeta players

Kuru was a sweat with Gus

Its so sad that they never talk about Kuru...

Zeta will always win but I'm sad cryingman wasn't there

@Trainz 👊You Lazy, His videos are relaxing... and it's gives you entertainment with pro tips because of potential.

@Nikolas Moret exactly... that's why i quit watching him and switched to spen for better advices and stuff.... Cryingman is so basic and boring....

@Niko Bellic is the G.O.A.T 💯 (RSM) all he does is post 8 minute solo showdown vids. No commentary and barely any 3v3 gameplay, he also always calls the new brawlers op and broken for clickbait/no reason

Can someone explain to me why sitetampo, tensai and achapi are seperated? They won the Worldchampionship in 2021 or am I wrong? Why in different teams?

I speak because I am Japanese and I understand their situation. I was very close with ken-g and moyagoku even before I teamed up with achapi and Tensai, so I think I wanted to win the world's best with those members. We are not on bad terms. Even before the world tournament, the 6 of Zeta played together and are really good friends.

i’m wanting to know that too

Wow it's a good game

Brawl stars should be a console game imo

I don't know what to say about this championship... Each team was trained and trained at the highest level. There were many very interesting matches and skirmishes between world teams.

Both divisions played really well but I was backing Zeta Division One with Sitetampo being OP as usual, but at the end it we saw what happened. GG's for all the teams that played and put in so much hard work and watching this was so awesome! cant wait for December 7th as well with Brawl talk! 🖤ZETA🤍 = 🐐's of Brawl Stars!!

Zeta so fun to watch. It's like watching beast mode I'm his prime lol

Yall i watched every monthly finals that zeta played in and every time they both ended up playing against each other i kept thinking imagine that happening in the world finals not just the monthly like both zetas playing against each other for the world finals cup and i was really hoping it comes true and thankfully it did. Both zeta teams are amazing

They are pride of Japan

Fun fact: in all monthly finals and LAN tournaments this year, the ZETAs on lost when they played each other. Both teams are undefeated against every team not named ZETA.

When they ended up facing each other early in the bracket, whichever Zeta that won would win the whole monthly final. Both Zeta’s are just leagues above everybody else. I predicted a Zeta v Zeta final and the winner was 50/50

Congrats to the ZETA organisation for taking more than half of the prize pool home. Achapi really stepped up in the final after having a relatively quiet tournament with less kills and DPS than his teammates. Sitetampo still is the best aggro player I have seen though. Some weird choices regarding draft picks lost Z1 the final in my opinion, Fang is out of the meta and Poco is just getting walled by Buster in Gem Grab for example

And they were so dominant. Zeta one picked some kind of less dominant and oppressive picks, at least not as oppressive and dominant as Z0

The reason why they were suprised is that in the monthly finals, zeta 1 usually destroys zeta 0.

I was rooting for you Z0! Congrats🎉

Are they comfortable playing while standing? I can't focus on the game when I'm standing

What great matches indeed! Amazing play by ZETA! I was rooting for division One, but division Zero played well and beat division One! I hope to see more championships soon!

I am Japanese. A lot of people don't know why sitetampo left the achapi and Tensai team, so I'll tell you. Sitetampo has been on good terms with ken-g and moyagoku for a long time, so I think they wanted to be the best in the world with that member. I never got along with tensai and achapi. We are rather good friends. Although zeta0 and zeta1 have a rivalry, all six of them are really good friends.

Pro Is Your Bro

Wow, thanks for the info.

Man this game was stressful ong

6:42:23 Dani was waving that baby dragon plush around

As the original OG simp it was literally emotional for me to watch that reverse sweep against Queso lol, wow what a match that was.

I am so happy that zeta finally added some expression on their face :)

yes, last year they were silent killers not a single emotion on their faces.

This is the first brawl championship i saw. My god , such great teams all of them. Such awesome gameplay and comebacks. It was a treat to watch. Keep brawling. GG. ❤😊

I had my hopes set on Zeta Division One but this was a well deserved win for Zeta Division Zero. They played so well throughout the whole event and so did everyone so huge respect to all the teams who participated. This was probably the greatest Brawl Stars World Finals Championship I've ever seen in the history of Brawl Stars.

@PureFlameshe is desperate for subs and attention lmao

@Azure I was gonna say that

Chasmac and team queso were the real underdog plays of the tournament they made finals interesting...

it was really great and I'm really proud of Zeta Division Zero!! FIGHTING!! 💘💘

Congrats to Zeta Divison Zero for winning it and also to Tensai too who became a back to back winner Edit: And Achapi too for making this accomplishment

highlight of this world finals for me: ark saying" When you divide by zero you get a problem that you can't solve." Definitely true as ZO has incredible synergy and I have not yet seen a team who can fully "solve" the "problem"

I agree! Such a great call. I hate to be that guy, but it was Uber with that call. He’s so talented. I love listening to him cast Overwatch League!

From the very beginning, I was with the NaVi team, and it was very sad that they were eliminated in the first match. But I'm glad that the Zeta Division One "punished" the Tribe and made it through the final. Well done, keep it up) 🤍🖤

I'm in shock, I guessed all today's victories😨

Chasmac and team queso were the real underdog plays of the tournament they made finals interesting...

No coaches or anything. Still the two Zeta teams went to the top 2 and annihilated all other teams. True king of brawl stars.

I was really hoping for tribe gaming NA to win. However this is improvement for my supported team as last time, they got knocked out of the quarter finals but this time is the the Semi finals. As long as there is improvement, I call it a success.

They deserved, they succeeded.

Is it only me or it was very amazing every single match but the crowd wasn’t as exited as one would expect from a world championship??

i mean do u expect it to be the same volumne of cheers as the world cup?

Pro Is Your Bro

They probably didn't have mics in crowd to capture their cheering

I knew Zeta Zero would pull through! Everyone played their hearts out and this championship was amazing ❤

I already knew that ZETA DIVISIÓN ZERO was going to win, it has the best just with sitetampo

I hope they add players perspective as well.

ZO been winning back to back!

Zeta Won first and second place. They are just too gud

I was rooting for Bobby and Achapi from the beginning. Im happy Zeta Zero won

Give East Asia and NA each one more spot and leave EMEA with 2 spots only. It's embarrasing that a region that bad get 6 spots

@Octavio Del Barrio he will just say that they lost to east asia and na at the end... He doesn't have any other points... Just cannot understand these people who actually don't know how hard it is to even make a monthly finals in EMEA whereas in both EA and NA teams like zeta, tribe and stmn make to monthlies with ease... In EMEA even teams like tribe, TTM and sk struggle to get into monthly finals if they don't play well

@Duc Luong Do so you agree that stmn is a below average team cause they almost went down to TQ who are basically one of the worst teams in EMEA... Chasmac took a set from zeta, got a round in knockout as well... Tribe and TTM both gave zeta a fight Sk made it to double match point against zeta in MSI and knocked out the best team of NA..

Lmao even the two worst teams in EMEA did well, team queso which got the worst results in esl (ending literally with a 0-7 score) got to match point against stmn almost defeating them 3-0 and the other one which is cmg took a set out of zeta 1 which was the most difficult task (zeta 0 didn't have the best first day). If you competed in EMEA you would know that even getting in one single monthly finals is difficult. And also navi didn't use to compete in EMEA and I wish they dissapeared to get rid of their fans, but if you want to count them, they had the best win rate in scrims and the zeta teams actually had them as favourites to take the hole thing. Also top 3 (sk, ttm, tribe) always has close matches and sk went to double match point against zeta 1 at msi, any arguments?

@26 Ekagra Srivastava 12B yep a region so good that got wiped by NA and East Asia. I've seen enough EU play over 3 years of BS to know that they are average at best.

BR was the only team that gave good fight against zeta.

BR did very good! I believe that they are on equal footings as Zeta after what they showed they can do!

7:05:55: Rewatching this moment 1000 times just because divide by zero is problem that you cant solve lol!

ezlivi was the only player from tribe that is worldclass definetely

All my favourite teams lost in semis and quarters. Stmn, tribe eu, tribe na, all knocked out by zeta

For all of clash of clans players who watched judo sloth's video about this brawl stars championship: dani is holding a baby dragon at 6:42:21 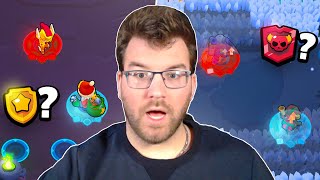 CAN I BEAT 2 BRAWLSTARS EXPERTS?!? (Guess the elo) 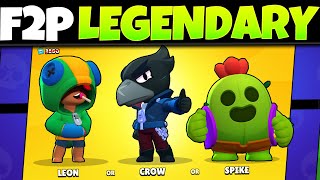 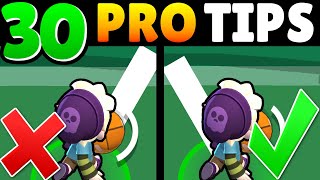 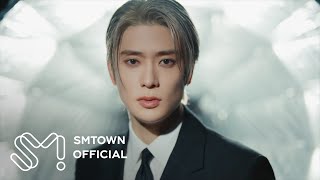 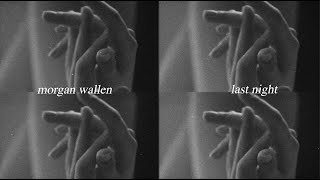 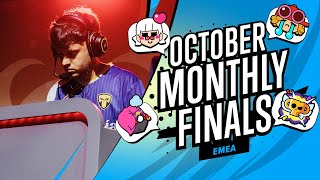 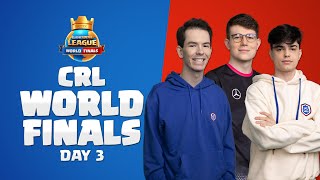 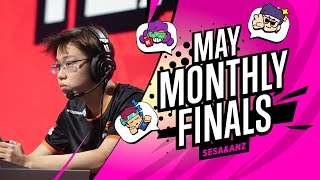 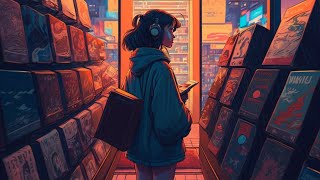 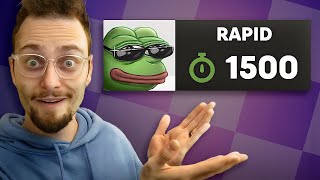 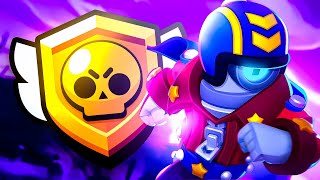 How I Win With STU In Every Power League Game… 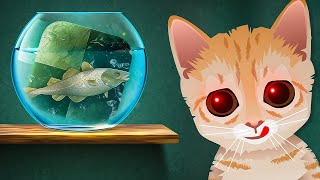 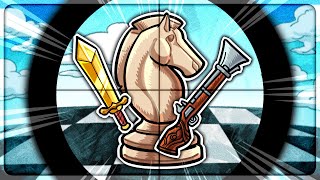 We Made Chess Even MORE DANGEROUS in FPS Chess 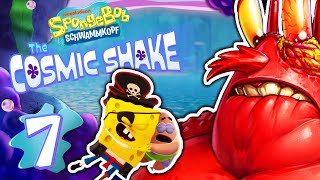 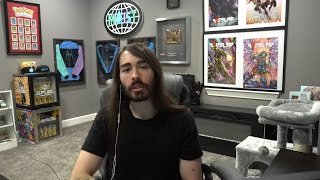 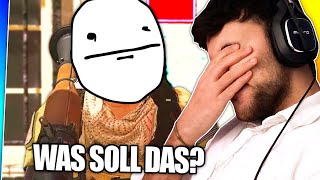 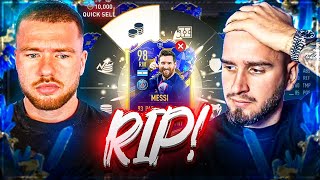 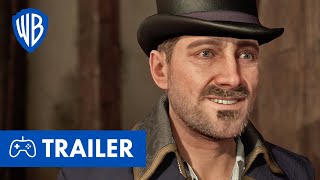 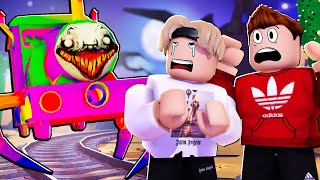 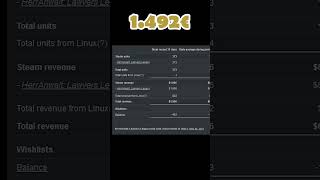 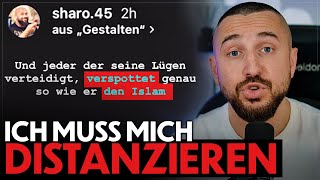 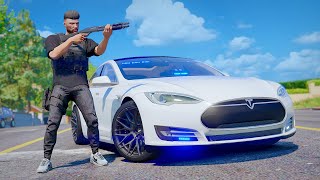 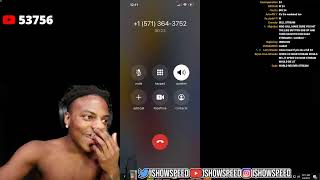