I would start crying

I would die happily

We Took A Chonce 💙

We don't talk enough about the fact that they answered the phone, talked to Liz, said "I love you" and then ALL said "Bye mom"..... My heart 😍🥺

I’m way late to this, but this sounds like a job for James Corden

James Corden: has them on multiple times and still doesn't do carpool karaoke with them.... 5SOS: fine, i'll do it _myself_

they really said well take this into our hands

I was thinking the same 😂

Ok but me too

That's why the asshole crashed his car

5SOS: are in their mid 20s also 5SOS: laugh hysterically at a car making fart noises

Only took me 6 months to realize

And their last names create HICH -that's almost like HIGH which is the last track.

that's what I said, this is genuinely my comfort video

Luke: Host mode Mike: Vibing Ashton: Had too much espresso Calum: On a different plane of existence

This is may fav comment i ve seen today

Calum is me every fucking day

He's on his headspace, his homebase

Is this video 2 years old and I’m watching it again? Yes. Also 5SOS jams just as hard as me when I hear wildflower 🤣 and WE NEED A PT 2!!!!

After a year I’m still obsessed with how satisfying it is that all four hit the drum beats at the same time during red desert. 4:29

Will bring flowers to your grave on the hill, coz i agree💕

5sos being 5sos. Cant believe been following them since on middle high school🥺❤

5sos: We've really matured as a band and as people Also 5sos: Let's play farting noises from Michael’s car for a minute straight

I was thinking the same thing lmao

But he was responding to fans tweets🥺

I just realized at 8:48 when Easier ends that Ash immediately goes into playing the intro of More, since they had probably already put their set list together for the tour

Ashton: *makes a joke* Luke: *laughs* Ash: *proud of himself*

Luke : "And it's our new single." *Playing She Looks So Perfect* Me : Actually dying.

I'm shock but just go on and bop along 😂

I can deeply relate to this

I demand the full version of this, I'd love to see these boys uncut jamming to the whole album. And since they'll definitely read this: this is a formal proposal for you to publish the whole car ride, thank you

they did, it’s on a streaming service though

I add my signature to this formal request

9:35 is so funny to me. lukes phone messed up. ashton and calum are just sitting back there in the same position with the same facial expressions. poor michael gets startled by how loud the mhsic is. AMAZING

i love how luke and michael are always in sync when the beat drops or the drums start playing...

The absolute chaotic energy in the back seat

I think we need another for 5sos5

luke and mikey: vibing to calm ash and calum: *in their own world*

What I realized while watching this: Even though a lot of years had passed since I have known them (and kind of forgot about them because of life) I realized that they will always have a space in my heart, and their songs are one of my comfort song.

ASHTON DID DRUM DURING RED DESERT

He's like "nah bitch I already done the drums"

Who else found it so cute they played Liam’s song and actually knew the lyrics pretty good...🥰

Livin for that 1d 5sos friendship

Ok, but Michael and Luke doing the same gestures, it gives me a thousand years of life 3:40 Me when any 5Sos song plays 4:25 Me trying to sing Luke's high parts 13:11

the way that all four boys are dancing sideways to the rhythm of "no shame" just makes me love them even more and more. love you guys so so so so much

I hope they keep this as a tradition for their albums

They look like a family on a road trip. Luke and Michael are giving off parent vibes. Ashton and Calum are the kids who are slowly going insane from the boredom.

I just discovered them and became a fan recently. Been listening to the albums on repeat and they’re so cool. Where the fuck have I been?!

Luke and Michael's energy in this video is everything

"and here's our new single" *she looks so perfect start playing* ME: THAT HURT, NOT GONNA LIE

The whole time I watched this all I could see was a family going on a drive Luke: mom controlling the kids Mike: dad driving Calum and Ashton: the two kids in the back seat being idiots.

No matter how much I watched this they gets me everytime

can’t believe i’ve been a fan of these dorks for 8 years. that’s insane.

@Savanna Marie I'm in the same boat as you, I legit just binge watched them and listened to everything 😂

I can't seem to decide: Which has more chaotic energy, this or Cocktail Chats. I feel like it might be a close call.

i still keep thinking they have only been around a few years, i forget they’ve been around so long that they even toured with 1D. it’s crazy watching them grow up

You know what? It’s things like this that make me wish I had become a 5sos fan sooner like the time they take just to feel closer with their fans means so much it’s so appreciated

I think 1D did stuff like this too, there was 1D day and it was about 8 hours or something, just for the fans which was really nice. Both 1D and 5sos treat their fans amazing

ok but luke literally singing to michael "for you" 12:32 my muke heart just explodes

luke struggling to put wildflower on, ashton doing the "waaa" and the song not starting, mike getting startled by the song starting and the way all four of them dance to the song will never not make me smile

imagine driving down the road, stopping at a red light, looking over and seeing 5SOS playing "she looks so perfect" at full blast in their car

i would just die tbh

They stan themselves so hard

Wattpads been real quiet since this came out....

5sos bullying their own songs will never be not funny

It feels so weird to stan 5SOS i swear. Among the four OG bands (1D, 5H, LM and 5SOS) only 5SOS is still completely intact. One Direction has been on a hiatus for 6 years now (they're really bad at math), 5H for about three years and Jesy left LM last year. I just hope LM doesn't get the same fate as it's predecessors : one member leaves, tour for some time, make an album, go on hiatus😖

Welp LM is on a hiatus now… 5SOS is the last one.

Luke: “I hope wherever you are, you found peace in your life.” Me: Thank you sir that means so much to me🥺 Life is pretty hard lately and I’m trying my best to find peace

Petition for them to do a carpool karabloke for 5SOS5!

3:36 watching them blast strip that down after Liam saying that song outsold every 1D member lmao

Let’s be honest here: Michael is the king of Harmonizing with Luke Edit: thanks for all the likes, I didn’t expect this comment to be the one that gets 2k likes lmao

Why did he point at Luke when singing ‘eye on the prize’ ..

im a directioner but this is my comfort video. it was the first-ever 5sos video I watched and I've now watched it at least 10 times.

i will never stop loving them

I’ve watched this video so many times I constantly quote Luke’s “okAEEY”s during host mode on the DAILY! 5:31

Luke: next up is best years. Michael: this song makes me... feel things Michael knows what’s up

calum and ashton are my two last brain cells when anyone asks me anything:

8:50 he’s literally surprised at how good the album they made is-

Luke is literally so hilarious 😭 “oh, the coffee is kickin in....WOOOOOOOO” 💀💀💀💀

I read this right as it started playing

i mean when is mikey not relatable..

hearing this album live is gonna be a religious experience omg

Luke is me. The one who set the playlist for driving with my family 🤗😁

michael vibing to all songs is just a whole mood!! me in the car blasting 5sos

I died listening to Don’t Stop, because for the last 8 or 9 years it has been my alarm to wake up, and now every time I hear it, I feel a deep sense of panic

“We’re going to the darker side of 5sos..” *don’t stop starts playing* well how the turn tables

lol Cake admitted in a livestream on 3/23 that they actually don't hate it anymore, not sure how Mashton feels

Idfk why they hate that song, it's such a bop

carpool karabloke - supposed to be a promo of sorts for the album 5sos - talk about ranch, listen to liam payne, laugh at farts and copy each other's dance

liz: have fun, love you bye 5sos: bye mum michael: i think she was talking to me when she said love you

When Luke's mum calls it was so sweet and the way he said he does love her awhh, i wish i had that kind of relationship with my mum but she thinks im not worth her time and i dont deserve nothing haha

especially when muke were clapping during wildflower while cashton were... being cashton???

I just can't count the amount of times I have seen this video. You guys make me truly happy, I love y'all to the moon and back 🖤✨

I am emotionally attached to this video. I can't even remember how many times I watched this >

Same, I watch it every night before bed and I’m not kidding

I watch this video every.single.day....it's so entertaining. Bonus that the time it takes to watch, is almost the exact amount of time it takes for me to wash the dinner dishes. 🤣❤

he's so adorable , it makes me cry

Raven Smith “i hate this band”

The pure comedic impact of the segway from them going bonkers at 10:24 and then the silent cutaway to the noise pollution coming from their car lmfao

Listening to this in 2022, and I loved this album so much

i have watched this video an unhealthy amount of time that i know all of the words and actions that they do.

Imagine being at a stoplight and just seeing 5SOS next to you jamming to their newest, unreleased album.

kissin at the stop signs darlin

Tears!! I would scream and probably turn my music up cause I'm listening to their music!!

Especially when Ashton and Calum were dancing in the back 😂

I NEED THE FULL VERSION

i’ve been around since their youtube and keek days and when they were making music in their garage. i love seeing new fans joining the fandom and getting to know the band as individuals and who they are together AH

I love these guys together with all my heart

Why is no one talking about them singing Strip that down by Liam?

Cause he’s the lead singer of 5SOS duh? 🙄

They look like such a care free band and I love that it’s like they’re all just hanging out. I’m a directioner btw

CALM is honestly so underrated, it deserves more flowers than it gets. 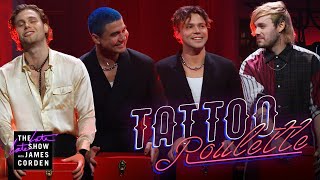 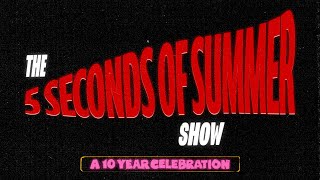 The 5 Seconds of Summer Show - A 10 Year Celebration 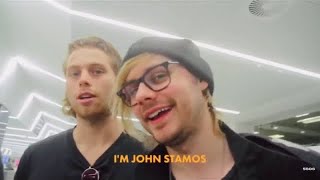 1 hour of 5sos funny moments that keep me sane 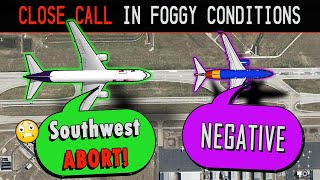 NEAR COLLISION between FedEx and Southwest | Foggy Weather 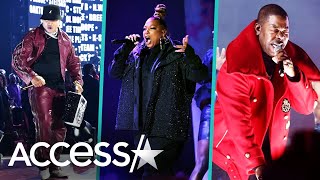 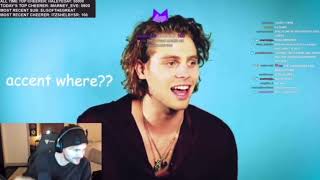 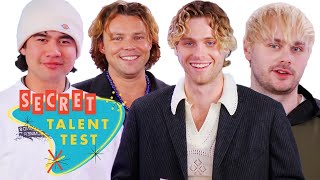 This Member of 5SOS Can Yodel AND Hula Hoop?! | Secret Talent Test | Cosmopolitan 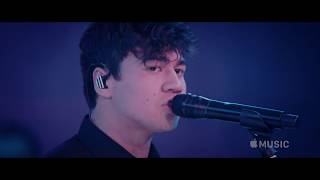 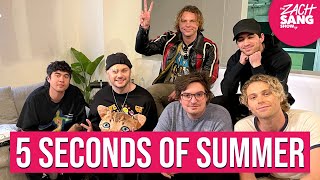 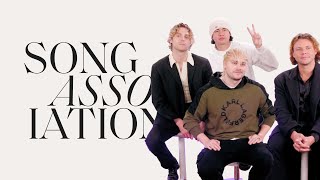 5SOS Sings "COMPLETE MESS", Cage The Elephant, & The Who in a Game of Song Association | ELLE 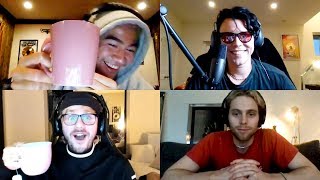 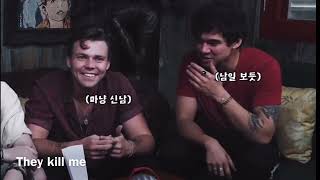 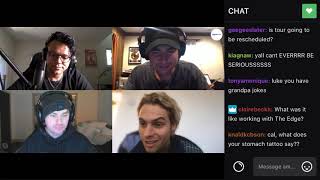 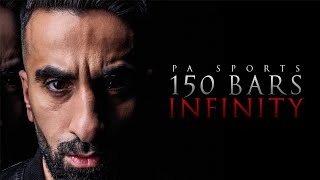 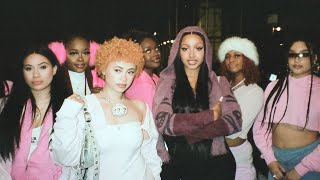 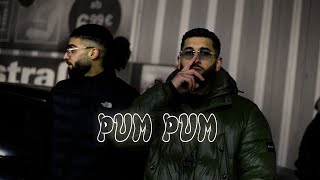 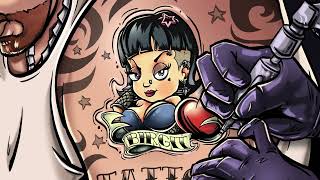 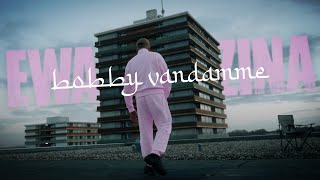 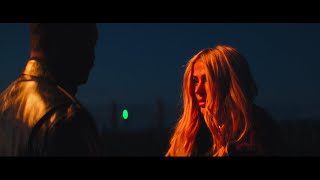 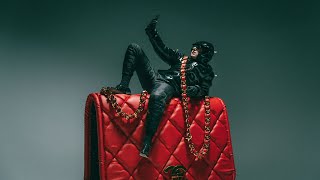 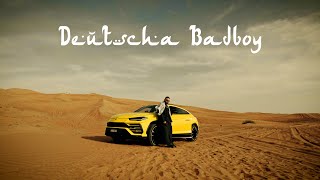 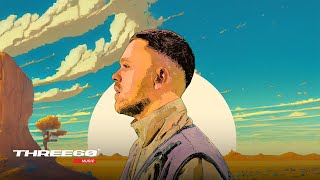 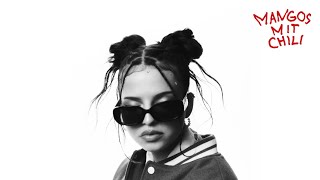